How to Join or Bind a Mac to a Windows Domain

If you want to share files or peripheral devices between Windows and Mac computers, you can bind your Mac to a Windows domain. This is not a difficult procedure if you approach it systematically.

Essentially, you need to configure your system so Active Directory accepts the IP address of your Mac. We have put together this guide to help you get this done with a minimum of stress.

What Do You Mean by a Windows Domain or an Active Directory Domain?

Windows domains generally consist of a large number of PCs that are connected to the same local network. The domain controllers, made up of one or more servers, are responsible for controlling the authentication that allows access to the other computers on the same domain.

Even when the domain controllers are connected through a local network, they can also communicate with the domain controller via a VPN or an Internet connection. This makes Windows domains a great solution for large networks such as those found in schools, offices, or businesses.

The domain controllers handle all user accounts and passwords. The local user account is not used when logging into the domain. This feature allows you to log into any computer connected to the domain with the same credentials.

An Active Directory domain is both a logical and a physical construct. It consists of either a single user, group of users, or a hardware component such as a printer or a computer within the Microsoft Active Directory Network.

The benefits of an Active Directory environment is that a single login enables an administrator to access all domain resources like servers, storage volumes, printers, and computer accounts.

When you connect a Mac to a Windows domain, the machine binds to an Active Directory domain. The Windows computers you want to access from the Mac also need to join the given domain.

Requirements for Binding a Mac to an Active Directory Domain

Some prerequisites need to be addressed before you can join a Mac to an Active Directory.

Steps Required to Join a Mac to a Windows Domain

Now that you have a little background about joining a Mac to a Windows domain, we will look at the steps required to establish the connection.

Connecting a Mac to a Windows domain is not a trivial task and you may come across several issues such as joining the Mac to the local domain. As long as you follow the steps outlined above, you should be able to connect your Mac to the Windows domain.

Once that is accomplished, you can access files on your Windows machine from the Mac without the need to authenticate every time you log in. 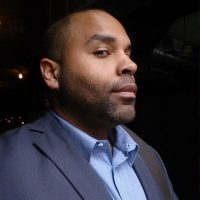 Ian Haynes
Ian Haynes is a content strategist with seven years of experience in developing content and editorial calendars. He specializes in creating content that resonates with business audiences while being differentiated enough to draw in new prospects. As an expert in technology, marketing, and business-related niches, Ian can develop content strategies that help brands adhere to a consistent philosophy and create a strong digital presence.
Recent Posts
Categories